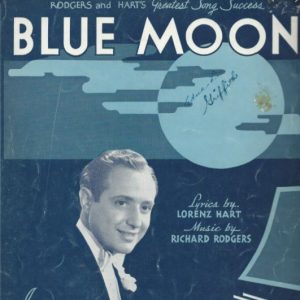 Written in 1934 by the phenomenal team of Rodgers and Hart, ‘Blue Moon’ quickly became a world-wide hit thanks to the big band swing treatment by Mel Tourme. Over the years the song ha been covered by artists as diverse as such as Frank Sinatra, Billie Holiday, Bob Dylan and The Cowboy Junkies. Even The English Football League and Manchester City have used it, though with adaptations. My arrangement is (hopefully) firmly in the doo-wap 1950’s style that will always be popular across the age gaps! 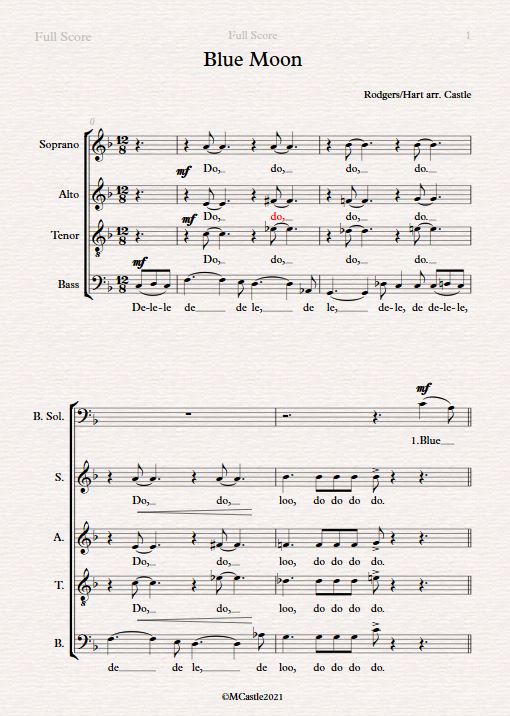