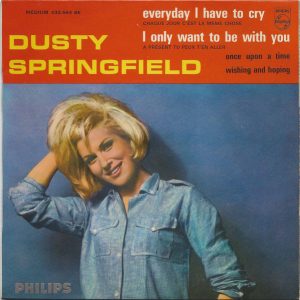 Written in 1961 by Mike Hawker and Ivor Raymonde, the song was released as a debut single by Dusty Springfield and peaked at number 4 in the UK charts in January 1964. I just love the gorgeous backing harmonies, echoing the lead singer’s lyrics and this is often sung with ‘It’s My Party‘ and a few Neil Sedaka numbers when we’re in a Sixties groove!