The song originates from an instrumental theme in Joseph Korma’s score for Roland Petit’s ballet Le Rendez-vous in 1945. The refrain is based on a melody composed by Massenet in 1876 and was was used in a film in which Yves Montand hummed the melody. the film was a flop but the song was a hit. In this arrangement I wanted to make the musical texture as luscious as possible hence the parallel triplets with the dramatic middle section ‘Voyez.’ 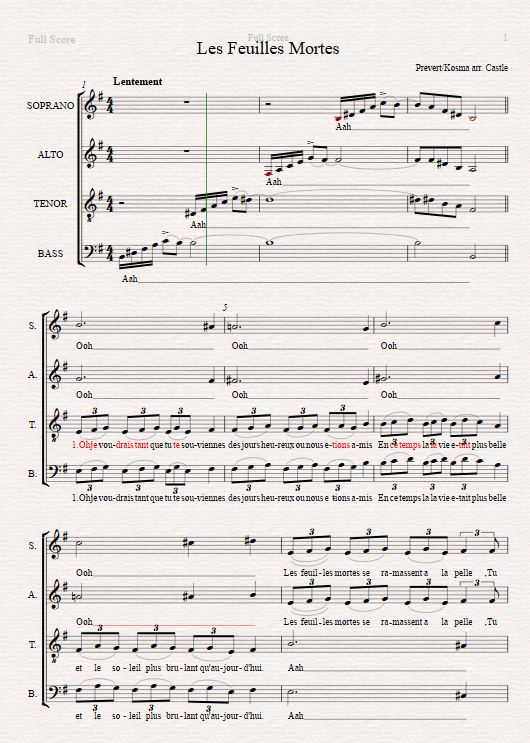